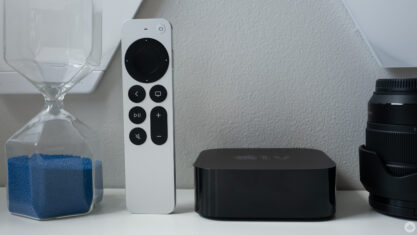 The Apple TV remains one of the best and most powerful streaming devices available, but it’s undeniably pricey, starting at $229 for the 32GB 4K version.

However, that could soon change. According to a recent tweet from Apple analyst Ming-Chi Kuo, the tech giant could have plans to release a version of the Apple TV “that improves cost structure” later in 2022. This is a good move on Apple’s part given the cheaper and rather outdated Apple TV HD costs $199.

Apple will launch a new version of Apple TV that improves cost structure in 2H22. I think that Apple's aggressive strategy of integrating hardware, content, and service amid the recession will help close the gap with its competitors.

Though the Nvidia Shield rivals the Apple TV 4K in terms of home theatre standards and format support, in Canada in particular, most streaming platforms typically update the tvOS version of their app first, giving Apple’s streaming box a significant advantage in the space.

It’s unclear if this cheaper Apple TV would be HD, 4K or even HDR-capable and what price point it will hit. It’s likely that Apple will replace its entry-level Apple TV HD with a less powerful, possibly smaller version of the Apple TV 4K. For example, while the 2nd-gen Apple TV 4K features Apple’s A12 chip, the first-gen version offers an A10X Fusion chip.

Apple could refresh this older version of the Apple TV 4K with an A11 chip and a sleeker design. It’s unclear if Kuo’s report is tied to the rumours surrounding an Apple TV with an integrated HomePod speaker and a built-in camera for FaceTime that appeared a few months ago.

The post Apple could be working on a cheaper Apple TV appeared first on CableFreeTV.