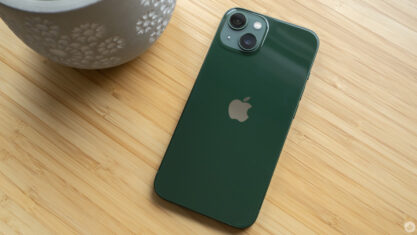 A new patent granted to Apple shines a light on the possibility of the company developing a titanium iPhone, iPad and MacBook. Apple has dipped a toe in titanium designs in the past, with the Apple Watch being the proven test ground.

The patent was first filed on September 26th, 2019, and was granted on May 24th, 2022. The filing describes an application related “ to an enclosure for a portable electronic device.” As it continues, the patent outlines a textured surface for titanium parts. “The enclosure includes a titanium substrate having a textured surface that includes randomly distributed peaks separated from each other by valleys,” the document reads.

The patent also goes on to describe the challenges a titanium casing for an iPhone or iPad may hold. It states that portable devices require “a high amount of strength and stiffness to protect “ the internal components. Aluminum and other materials make up the body of most current devices under Apple’s catalogue. These devices must also feature “an attractive surface finish.” As such, there will be a need to implement new techniques to obtain those finishes of certain metals ie: titanium.

This isn’t the first time we’ve heard of a possible titanium iPhone. Last year, there was word that the iPhone 14 may feature a titanium chassis. If true, the iPhone 14 would be more durable, albeit likely more expensive.

As with any Apple patent, there’s no guarantee that a titanium iPhone, iPad, or MacBook will hit the market. Given that a titanium Apple Watch is available, it does make sense that Apple may try to broaden that line. Though, as noted above, specific design challenges loom over this possibility.

The post Apple may be eyeing titanium iPhone, iPad and MacBook, according to recent patents appeared first on CableFreeTV.