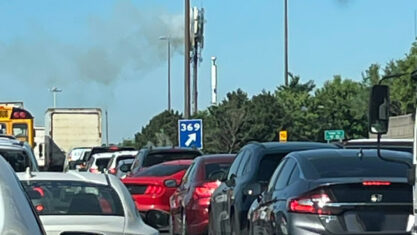 The Ontario Provincial Police has shut down Highway 401’s westbound collector lanes over a burning communications tower sitting at the highway’s intersection with Yonge Street.

Yonge Street is also closed in both directions, along with Highways 401’s westbound on-ramp.

According to a tweet from the Toronto Police, the roads have been closed as a precaution over fears the burning tower could fall onto Yonge Street.

The fire was reported just before 9am, but it’s not clear how it started.