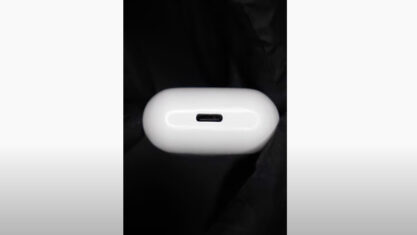 First, Ken Pillonel made the world’s first iPhone with a USB-C port and then an Android phone with Apple’s proprietary Lightning connector. Now, Pillonel has moved on to create a pair of Apple’s AirPods with a USB-C charging port.

In a brief YouTube video, Pillonel explains that he opted for this particular mod because he was frustrated with needing several different types of cables to charge his devices.

Though the process seems rather complicated and takes at least some level of technical know-how based on the video, Pillonel says he has plans to make his project Open Source so others can create their own USB-C-powered AirPods charging case.

In the video, Pillonel explains how he designed a custom flexible PCB that he then bent to fit the AirPods case. To me, the fact that the USB-C port looks super clean like it belongs on the AirPods case is one of the more impressive aspects of the project.

Pillonel’s previous projects sold for shocking amounts of money on eBay — the iPhone with a USB-C port sold for over $100,000 — but it’s unclear if he also has plans to sell this USB-C-powered AirPods case.