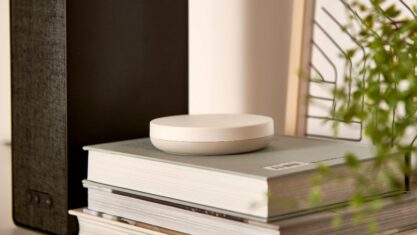 Ikea is modernizing its smart home connection technology and leaning on the new Matter standard to do so.

The Swedish furniture giant plans to launch a new app/smart home hub device in the fall, which is around the same time that Matter is supposed to go live as well. If you’re unfamiliar, Matter is the newest open standard for smart home gear that will make it possible for items from Amazon, Apple, Google and even Ikea to play nicely with each other. At least, that’s what’s being promised.

The Verge‘s Thomas Ricker went hands-on with the new tech from Ikea already and said that the new app and Dirigera Hub seemed fast and more reliable than the older Trådfri Gateway.

For reference, if you wanted to connect more than 10 Ikea smart lights in a home, you’d need the Trådfri Gateway, which is currently sold out everywhere.

However, it appears that the wait will be worth it. The company started out in the smart home space with the Trådfri gateway and lights back in 2014. However, the process of connecting and controlling them has never been seamless and has even gotten more outdated as the years have gone by.

The new Dirigera system was developed from the start to work with all of Ikea’s modern smart home furnishing ranging from blinds and lights to speakers and air purifiers, according to The Verge. We’ll likely see even more smart home accessories coming soon to support the new ecosystem, too.

The post Ikea is revamping its smart home gear with ‘Matter’ appeared first on CableFreeTV.