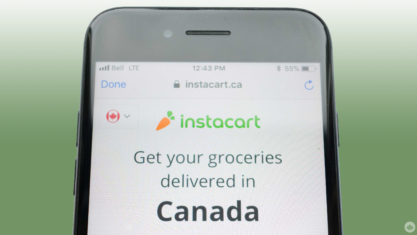 Grocery delivery app Instacart is making it easier for shoppers to complete orders through new features and an updated customer ratings system.

Shoppers will be able to complete “batches,” the company’s term for customer orders, by maintaining a customer average of 4.7 stars or above. Instacart previously prioritized batches based on the highest rating possible.

“Our reimagined ratings system was developed in close collaboration with the shopper community to better support their needs,” John Adams, vice president of shopper and fulfillment product at Instacart, said.

The company also introduced a new “your stats” feature on the app for shoppers that shows them various figures, including average customer ratings and feedback.

The company will also collect shoppers’ experiences after each batch they complete, where they can share potential issues with a customer and if they would not like to be paired with them for future orders.

“By delivering on shopper feedback to make the customer ratings system even more fair, accurate, and reliable, we’re taking another step in ensuring that shoppers feel heard and supported through their experience,” Adams said.

The post Instacart prioritizes its shoppers in new update appeared first on CableFreeTV.