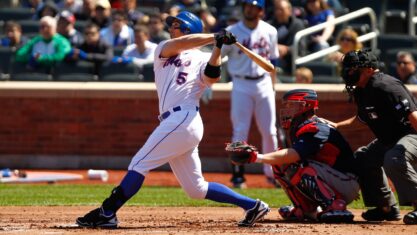 For those that are bored of watching a Blue Jays game, it’s about to get faster, at least that’s what MLB commissioner Rob Manfred is planning with robot umpires.

In an interview with ESPN, discussing the speed of baseball games and the issues contributing to it, he spoke about his support for several solutions including “robot umpires” in 2024.  The “automated ball-strike zone system,” as Manfred calls it, will transmit balls and strikes to a home plate umpire through an earpiece.

Another option in mind was to use video review for pitch calls which can be called with the number of challenges given to each team.

However, the MLB is testing the system in the minor leagues and it’s already speeding things up, cutting nine minutes from the average length of a game.

TrackMan originally created the system, which is used with the minor league games and is meant to provide more accuracy to calls within the game.

If you’re not a baseball or sports fan, umpire calls have been pretty brutal over the years for both fans and players who are not very pleased – here’s a compilation for better understanding.

The robot umpires are still being tested with a few of the same issues noticed with human umpires but are slowly making their way up in the minor leagues going as high as Triple-A, which is a level below the MLB.

When it seems to be more likely to happen, the MLB’s planned review systems would join sports like soccer with VAR and the NHL with video review for goals and missed calls on plays.

Nevertheless, hopefully, this is something that will make baseball less boring and more enjoyable for fans moving forward.

Sources: ESPN Via: The Verge