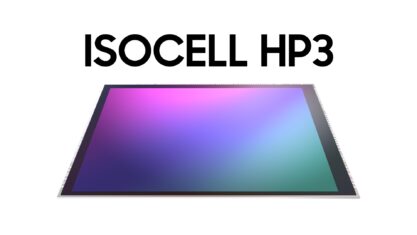 The new ISOCELL HP3 is a 1/1.4-inch optical format camera sensor with a 200-megapixel resolution and 0.56μm pixel size. On the other hand, ISOCELL HP1 is a 1/1.22-inch sensor with a 0.64μm pixel size. According to Samsung, the 12 percent reduction in pixel size takes up less area and enables the sensor to be fitted in a wide variety of smartphones. Overall, the HP3 takes up 20 percent less space than HP1.

All of the sensor’s pixels are equipped with auto-focus capabilities, credited to Super QPD auto-focusing technology, and according to Samsung, the sensor focuses more quickly and accurately than its predecessors.

“The sensor also allows users to take videos in 8K at 30 frames-per-second (FPS) or 4K at 120FPS, with minimal loss in the field of view when taking 8K videos. Combined with the Super QPD solution, users can take movie-like cinematic footage with their mobile devices,” reads Samsung’s release about the new sensor.

Samsung didn’t provide any image samples taken by the HP3 sensor, though it did say that mass production is set to begin this year, so we would likely see the sensor in next year’s flagship. Previous rumours suggest that the sensor will make its way to the consumer’s hand via the Galaxy S23 Ultra.