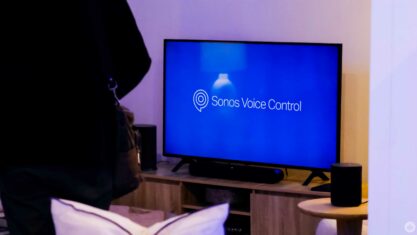 Sonos is always trying to cater to its users, and its new Sonos Voice Control seems to be the latest way the company aims to cement them in its smart speaker ecosystem.

Sonos’ Voice Control works as you’d expect. You can say “Hey Sonos” to a speaker and it allows you to control playback, volume and what rooms your audio is playing in. On Wi-Fi only, you can also ask the assistant to play specific tracks or playlists.

The feature that Sonos put the most hype behind at a recent press event in New York is the privacy-minded focus of its new voice control system. Each request is processed on the device, and Sonos says that your voice will never be recorded or sent away to be analyzed unless you opt-in to its Sonos Voice Control beta program. 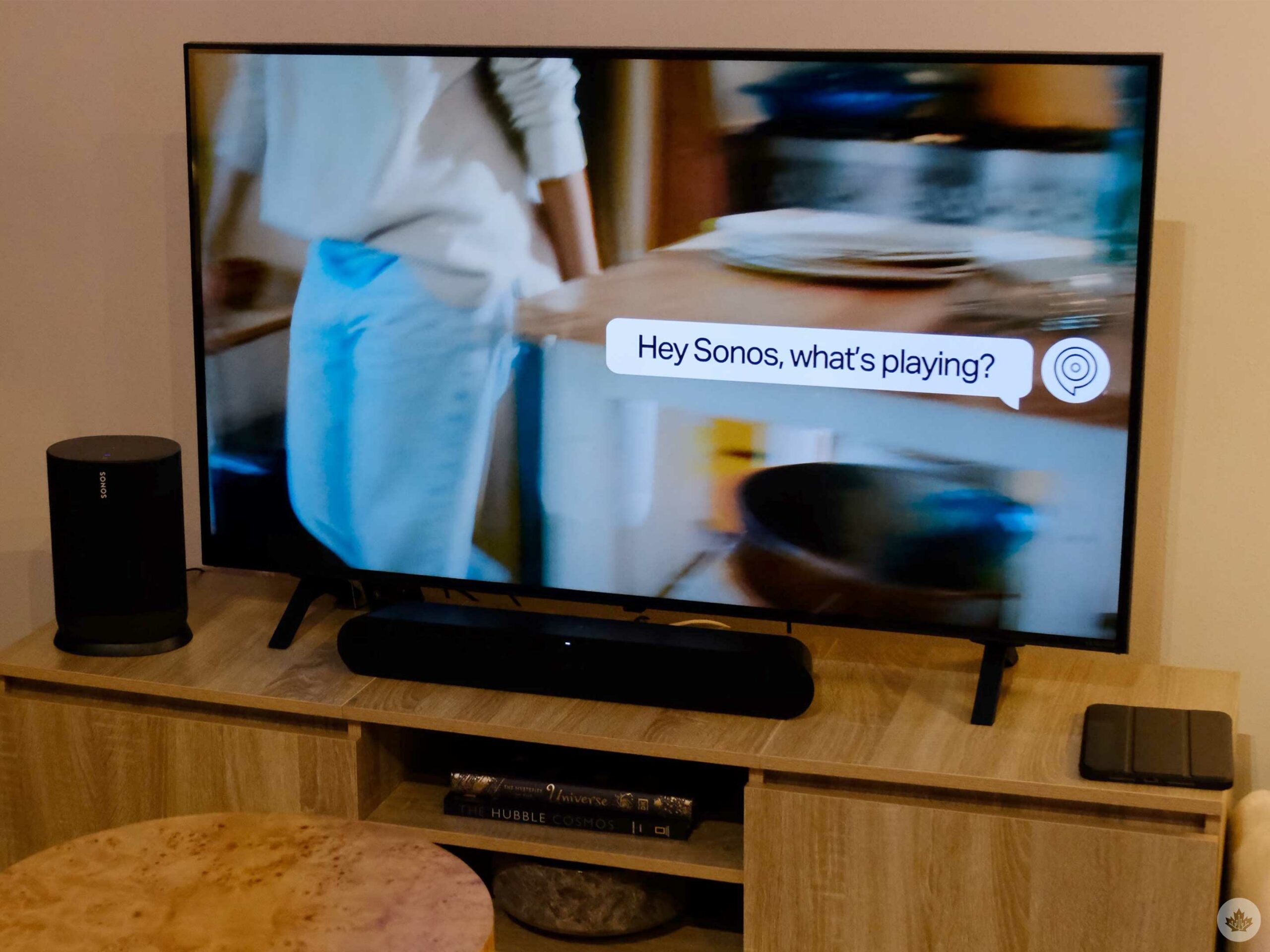 Since the chip on the speaker does all the work, this means you can even use voice controls on Sonos’ Bluetooth-equipped speakers, including the Roam and Move. When on Bluetooth, users are limited to only being able to adjust volume, playback and skipping tracks, but it’s still nice to have the option.

It’s also important to note that processing the audio locally unlocks the ability to stack requests without using the “Hey Sonos” wake word. The company said that it listens longer for follow-ups than competitors since it’s not sending its audio recording to the cloud.

In an interesting twist, the speaker is voiced by Giancarlo Esposito of Breaking Bad, Do the right thing and, more recently, Far Cry 6 fame. His voice suits the “laid back record-loving vibe” that Sonos has aligned itself with better than I expected, but it’s only a small part of the story behind the new assistant.

Sonos has developed this new tech with the help of the Snips.ai — a french voice assistant startup that the audio company acquired back in 2019. During my time at the event, Sonos Voice Control worked well and responded quickly. A representative from the company told me that it should run smoothly on all Sonos devices with microphones that have been released since 2017. However, I was unable to test the voice-activated assistant out myself, so I’ll need to wait until it launches on June 1st to put it through its paces. 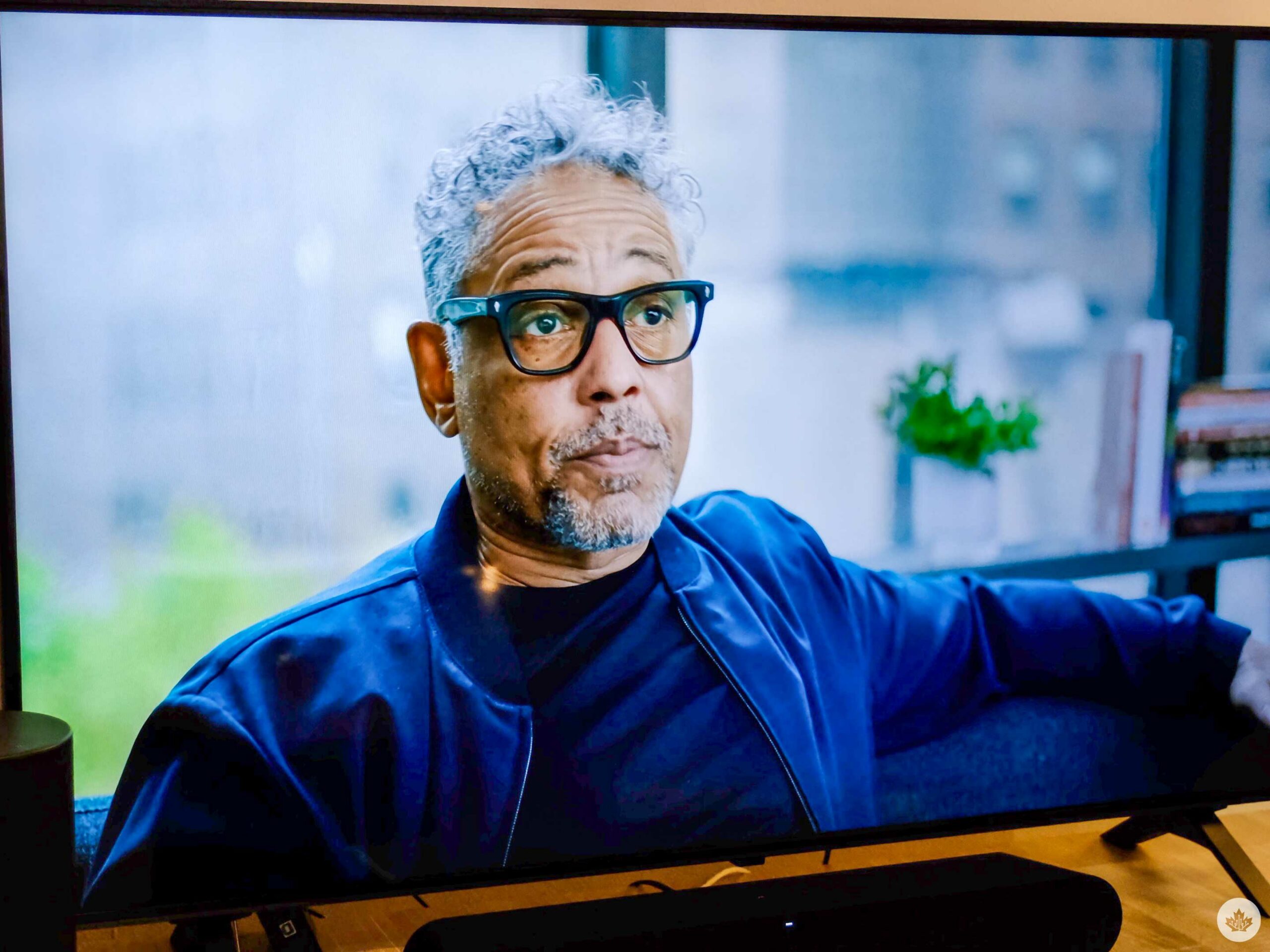 The assistant is only launching in U.S. English, so anyone wanting to try it out will need to set their language to that. A French version is releasing by the end of the year since Snips is a Parisian company. Sonos has no information regarding Canadian French language support.

The most significant issue with Sonos Voice Control is that it doesn’t support Spotify or YouTube Music at launch. Hopefully, these features will release soon, but Sonos had no dates to share at the event.

When I take a step back and survey this new assistant, I’m still a little skeptical. Sure, it’s great that it’s private and no one is listening to me yell awkwardly at an inanimate speaker, but only time will tell how many people actually go out of their way to use it. Sonos says that when it surveyed its users, privacy concerns were the number one thing stopping people from using voice assistants on their speakers. Ideally, this new assistant will solve that problem for those people.

An interesting decision regarding Voice Control is that it’s not on by default. Users will need to enter the Sonos app’s setting to enable it. Since this has to be done manually, I’m not sure people will care enough to turn it on.

In a sense, it seems like Sonos is just setting the stage with Sonos Voice Controls, and that more cooler features are coming in the future. It would also be great to see the company add different voice types to its assistant down the line.

Below are some phrases Sonos shared that work to control the new voice control assistant: